Changes to Income Tax in Wales 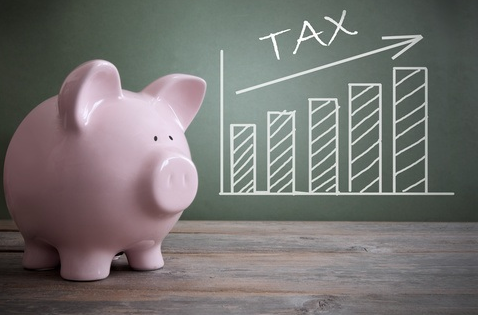 Changes to Income Tax in Wales

With effect from 6 April 2019 income tax is changing in Wales.

Under the devolution of Welsh tax rates, the current basic, higher and additional rate tax bands will be reduced by 10% and replaced with a rate to be decided by the Welsh Government. The new rates will be payable by Welsh taxpayers and apply to non-savings income, including employment, self-employment, pension and rental income.

HMRC will be responsible for determining who is a Welsh taxpayer – based on a person’s address – so make sure your personal tax details are correct ahead of the changes.

So how does this work in practice?

From 6th April 2019, some of the income tax paid by people living in Wales will directly fund public services in Wales and will be transferred straight to the Welsh Government.

Primarily, this is a change from the current system, where all income tax from Wales is paid to the UK government to fund spending across the UK. The changes will enable the Welsh National Assembly to set income tax rates on non-savings and non-dividend income for Welsh taxpayers.

Ultimately, this means people in Wales could end up with different tax rates to those charged in England. Scotland already has a devolved tax system.

The Welsh Government proposes to set the first Welsh rates of income tax at 10% – so they should remain the same as the current level.

The following is an illustration to show the proportion of Welsh residents’ income tax that will be paid towards the Welsh government (based on 2018-19 tax rates). 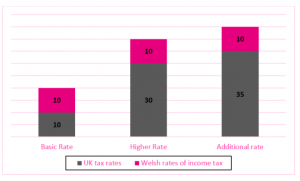 What is the same?

HMRC continue to be responsible for the collection and management of Welsh income tax, and as such it is not a fully devolved tax and remains part of the existing UK income tax system.

So, what does this mean for me if I live in Wales?