The Fool and The Creator

Last week we concentrated on 2 more of the 8 money types, The Warrior and The Martyr.

The money archetypes are not our personality or “who we are”, but are symbolic metaphors that help us to understand our patterns and behaviours. Simply stated, they show us “where we are” so that we can become aware of, and change our unconscious behaviours.

This week we are focusing on 2 further money types – The Fool and The Creator!

Are you The Fool? 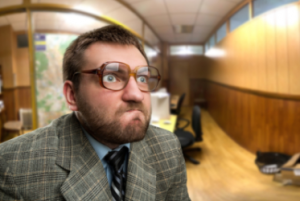 The Fool plays by a different set of rules altogether. A gambler by nature, the Fool is always looking for a windfall of money by taking financial shortcuts. Even though the familiar adage “a fool and his money are soon parted” often comes true, Fools often win because they are willing to throw the dice; they are willing to take chances.

The Fool is really a combination of the Innocent and the Warrior. Like the Innocent, the Fool is often judgment impaired and has difficulty seeing the truth about things. An adventurer, the Fool gets caught up in the enthusiasm of the moment, caring little for the details.

The primary difference between Fools and Innocents is that Fools are relatively fearless in their endeavors and remain eternal optimists regardless of the circumstances. In this manner, Fools are like Warriors in that they seem to always land on their feet and are not easily defeated. The Fool also sets out to conquer the world but is easily distracted and lacks the discipline of the Warrior. The Fool is much more interested in money making as a sport or form of recreation than as a serious endeavor. Fools would happily give the shirt off their backs only to realize later that it wasn’t their shirt or that it was their last.

The Fool does possess some rather remarkable qualities that if mastered make her quite capable of becoming a Magician. The Fool lives very much in the moment and is quite unattached to future outcome. Most of what Fools pursue is for the simple pleasure of doing it. Most of us could learn from this characteristic of the Fool.

However, until the Fool becomes enlightened he will continue to attract money easily, only to have it quickly slip through his fingers because he’s simply not paying attention.

Are you a Creator/Artist? 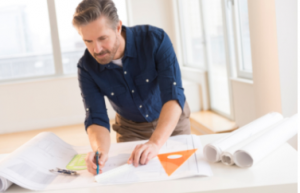 Creator/artists most fear being inauthentic or not being true to themselves. The Creator/Artist is constantly struggling for financial survival. This is not because they lack talent or ambition. Rather, they are stuck in a belief system that disempowers their ability to manifest money. Too many people on the creative or artistic path feel that money is bad or lacking in spirituality. This is only true to the extent that one believes it is true. And to the extent that Creator/Artists maintain this belief system, they are limiting themselves and creating a block to the flow of money.

The Creators/Artists who work to integrate the spiritual with the material world will find an end their struggles. Since they have often spent much of their time and paid much attention to their inner journeys and creative potential, Creators/Artists already possesses many of the qualities necessary to become Magicians. This type most needs to accept the world she lives in and embrace in all its many dimensions.

To stop suffering from the tension we feel between the spiritual and material worlds, we must learn to embrace both worlds as part of our own duality.

Do you recognise yourself as either of these money types? Next week we will focus on the last 2 money types, the Tyrant and the Magician!