What can we learn from Queen Elizabeth II’s 70-year Reign? By Julie Lord 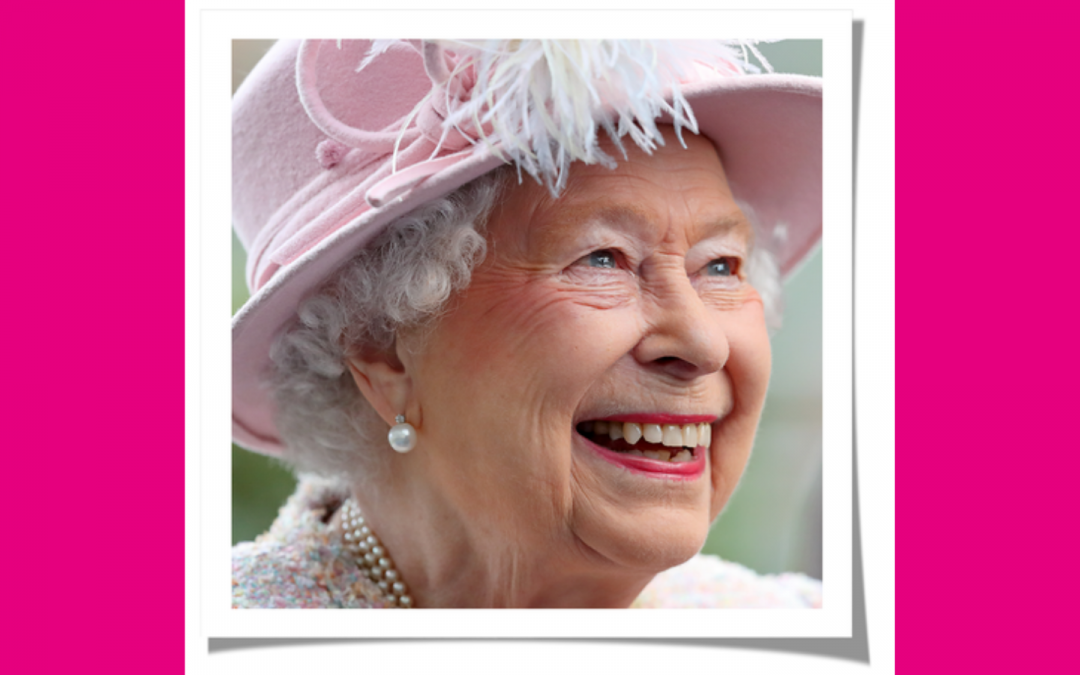 Elizabeth Alexandra Mary Windsor was born in Mayfair on 21 April 1926 – the first child of the Duke and Duchess of York (later King George VI and Queen Elizabeth.)

In February 1952, Elizabeth became queen of seven independent Commonwealth countries: the United Kingdom, Canada, Australia, New Zealand, South Africa, Pakistan, and Ceylon as well as Head of the Commonwealth.
She married Phillip Mountbatten, Prince of Greece and Denmark in 1947 and she has 4 children, 8 grandchildren and 30 god-children.

This year she celebrates 70 years on the throne which makes her the longest-reigning monarch ever in Britain, beating Victoria her great, great, grandmother who held the previous record.

Even now, Her Majesty continues her duties, seems to be in good health, and remains a cultural icon. There is so much we can learn from her – how and what she eats; how she dresses; her exercise regime; how she spends her leisure time; what brings her joy: her working priorities; how she manages personal and professional relationships, all of this while aging gracefully and with great dignity.

It is good that we can think about how The Queen lives her life while she is still with us and learn to embrace some of her successful approaches and routines for our own lives.
She ascended to the throne at a very young age but has always shown maturity, character, determination, and commitment that most of us can only aspire to.

Below are some of the ways in which we can emulate some of her admirable qualities and values and bring them into our own lives:

Since 1952, there have been significant changes in society and in technology, all of which Her Majesty has had to keep on top of and adapt to. She likes to keep her brain working and never stops learning new things.
She insisted on the Coronation being televised against the advice of Winston Churchill!
During WW11 she trained to be a mechanic and is fluent in French.
She has had to deal with 14 different Prime Ministers and 1000s of different pieces of legislation. Each day, she receives a large red box full of paperwork — parliamentary reports, intelligence documents and other papers which she reads avidly.
Most people stick to an eight-hour workday and retire by their mid-60s. The Queen, however, is never off duty and is happy to embrace new learning and experiences.
The Queen first sent an email in 1976 (the first head of state to do so,) published her first Instagram post in 2019 and used Zoom for the first time during the pandemic.
The old adage “Use it or lose it!” has clearly served her well and we should all aspire to continue learning throughout life. Every day is a school day!

We all have busy lives and often spend our days multitasking and trying to achieve a work/life balance.
While The Queen’s role requires her to wear many hats (or tiaras and crowns!), she prefers to tackle tasks one at a time with full concentration.
A report in 2009 by researchers at Stanford University, showed that multitasking doesn’t really work for most people, and completing one task at a time leads to better memory control and attention.

Her Majesty’s life isn’t all about work and duty. Having fun is just as important, whether it’s spending time in the countryside, playing with her corgis, visiting her horse stables or sky diving into the Olympic Stadium with James Bond in 2012!
Finding time to play and have fun helps us to mentally unwind from the general challenges of life. Having hobbies and a good social life are reputed to extend longevity and life expectancy as well as generating feelings of fulfilment.
Studies suggest that hobbies like reading, doing puzzles, crafts, joining clubs and physical activities may help to reduce the risk of dementia.

Routines and rituals are hallmarks of the Queen’s reign. According to Bryan Kozlowski in his book “Long Live the Queen,” the Queen routinely:
• Enjoys a wake-up cup of Earl Grey at 7:30 a.m.
• A pre-breakfast bath in the morning.
• Poring over multiple newspapers at breakfast
• Mornings in meetings and sifting through her red boxes.
• Afternoon visits and back in time for tea
• A possible cocktail reception or public dinner.
• Then in bed by 11 p.m. with her journal and a book.
Not everyone likes to be so rigid, but having a good structure to your time, particularly in retirement, can prevent stress, poor sleep habits, unhealthy eating habits and lackluster time management skills.

The value of meaningful work and a sense of duty and purpose were instilled in Elizabeth II from a young age by her father.
Her duty and commitment to her country and people across the world is well documented and she also supports over 600 charitable organisations, military associations and good causes.
Living with a strong sense of purpose and helping others, is good for your health. A 2018 study published in the Journal of Social Psychology found that the more random acts of kindness you perform, the happier you are.

The Queen’s longevity owes a lot to her fitness and healthy diet.
We all know that keeping active, both physically and mentally, helps with day-to-day mobility and regular exercise has been shown to improve cognitive function and conditions such as arthritis.
The Queen has always been an active person – she walks every day with her beloved Corgis and still likes to ride.

After nearly 70 years on the throne, Queen Elizabeth II has embraced herself at every age. Never one to give into vanity, she has maintained her own style with her beautifully tailored and colourful outfits and not given a care to emerging wrinkles or minor changes in health.
In today’s age of false eyelashes, lips, implants and fillers, her approach to aging is refreshing and admirable.

Happy Platinum Jubilee Your Majesty from Everyone at Magenta!