Why Are Women Less Likely to Invest? By Julie Lord 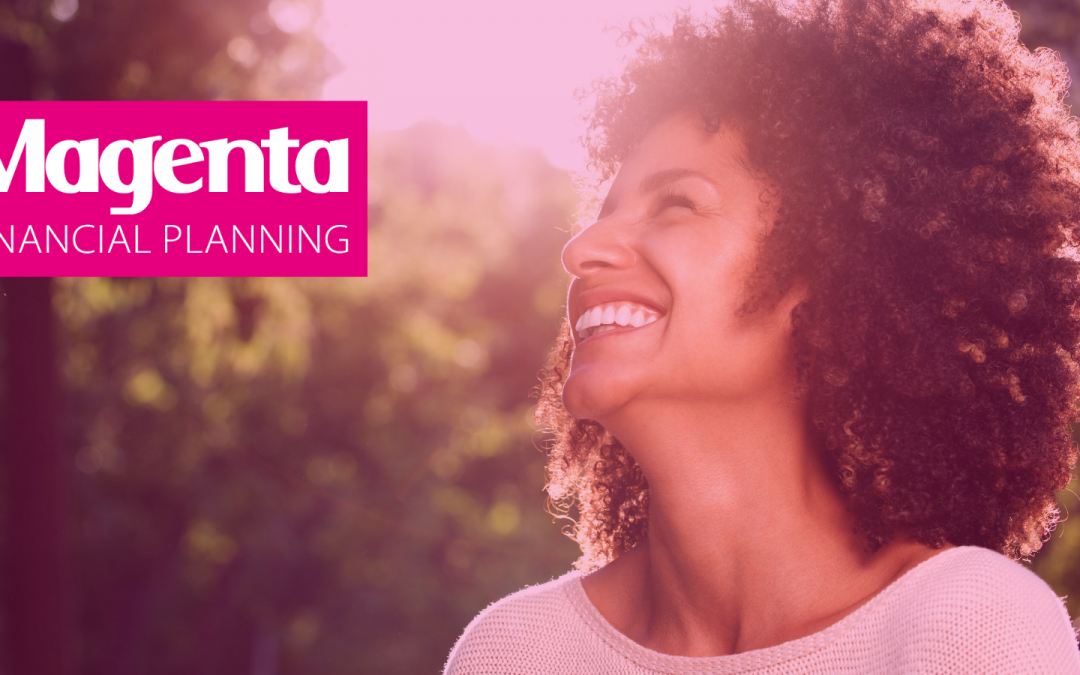 This is an interesting question, and one which Magenta like to tackle when we are advising our female clients about their financial and life future.

We have written before about the rotten deal women often get when it comes to money – shorter working lives due to caring duties; lower paid jobs for flexibility; the gender pay gap etc, but why, when women do have spare money, do they not use it as wisely as they could?

Maike Currie, investment director at Fidelity, says: ‘The reluctance of many women to invest is concerning, especially considering that they still usually earn less than men, tend to live longer and are more likely to take a career break to start a family or look after a sick or elderly relative.

‘It means women are suffering a double whammy of having less to save in the first place, and then getting lower returns on their savings because they are not investing.’

It seems that while women are more likely to be in charge of household bills and the family budget, they are also far less likely to take the step into investing.

Research by fund management group Fidelity discovered that while 43 percent of women save money into a cash ISA, just 9 percent invest in the stock market.

According to the most recent Government figures, 5.1million women in the UK have a cash ISA but just 872,000 have a stocks and shares ISA. Yet there is a wealth of research to suggest that women make better investors than men.

So why is it that so few women invest?

Many answers have been suggested over the years and some of these may chime with the reader.

So let’s explore further and see what we can do to persuade more women that proper investing is a good way forward towards financial security, freedom and happiness.

Women have a lower risk tolerance than men

Some may argue that women are biologically more risk averse. From a young age, girls are told to “be careful” while boys are encouraged to be adventurous. There is a lot of anecdotal evidence to suggest that women are generally more cautious, whilst men are prone to taking more risks – eg with their career, driving and investing.

Maybe the word “risk” scares a lot of women away from investing, but it really shouldn’t. A good investment philosophy will take account of all relevant risks and a good financial planner, will understand a client’s concerns and be able to provide reassurance.

At Magenta, we have found that providing more education for women about markets, diversification and the mechanics of investing, with no jargon, is important for building confidence and reducing risk aversion.

It is interesting that the media talks to men about money differently to women. A study by Starling Bank in 2018 found articles targeted at women tended to focus more on spending less and saving more. They were given “hints and tricks” so as not to “splurge” on unnecessary items. The tone was generally more demeaning and condescending, possibly in an attempt to make the topic of finance more understandable!

In contrast, it found articles targeted at men took on a more assertive and aspirational tone, using language such as “conquering” their finances. They spoke of cars, property, and other luxury items representative of wealth and power.

Rather than assuming frivolous spending and focusing on frugality, we believe the media needs to change the women and money narrative. There needs to be more focus on maximising earnings; salary negotiation; business ownership; having financial goals and aspirations and learning to invest to grow long-term wealth and financial security.

More than a third of women surveyed by Fidelity said they did not feel confident enough to invest in the stock market.

Many women have told us that they think it is a man’s world. They are uncomfortable with the idea of investing and find it intimidating. Others have said they have been patronised and made to feel stupid about financial matters by (largely) male financial advisers. This is very unhelpful and does everyone a disservice in the long run.

We know that better financial education (especially early on in schools) would help people feel more confident about investing. Understanding the “jargon” the experience and the expectations would improve investor confidence enormously.

In our experience, women often underestimate their own abilities while overestimating what is required to be financially involved. In reality, taking an active role in household finances, future financial planning and investment does not mean becoming an expert—it simply means becoming more involved and aware.

For centuries, men have taken the lead in earning and managing money, both at home and in business. Historically they were the money experts and even today we are still trying to shake off these old traditions.

It was only in the 1960s that women going to work and earning their own money became commonplace. In the 1970s the Equal Pay Act was introduced as a result of the ladies at Ford in Dagenham taking a stand, and there began the real opportunities for women to manage their own money.

However, women are still struggling with the ingrained belief that men know more about money than they do.

While women are now more likely to be in charge of the family finances, an excellent report from UBS found that 56% of married women still leave investments and long-term financial planning decisions to their husbands. Of that 56%, 85% believe their husbands know more about those decisions!

Of course, we have clients who are men and we know they would tell you, the reader, 2 things:

a) they come to us because they need advice too

Research by YouGov has shown that women are not averse to investing – indeed, many think it’s a good idea. However, currently, a lack of both knowledge and confidence has built a barrier to engagement, which creates a challenge for financial institutions that offer investment products.

But where to begin?

Women tend to err on the side of caution, opting for savings accounts rather than properly investing their money, often simply because they don’t know where to start when considering the literally thousands of investment options. We know that being overwhelmed can lead to inertia (a bit like the rabbit in the headlights) and this is where we can help.

Initially the cost of taking advice may seem expensive, but this is the best way to determine the right type of investment for an individual, taking account of all their circumstances and future wishes.

At Magenta we always talk to clients about all their options including cash holdings for emergencies and short-term spending plans, but we know that keeping money in cash accounts is not good planning. This is because savings rates are low, while inflation is increasing which means that the purchasing power of money is actually falling. Compare this to average stock market returns of over 7% pa over the last 25 years and this makes investment an option worth exploring further.

By not investing, women potentially miss out on large sums of money over their lifetimes.

Fear of making a mistake and losing hard-earned or inherited money is cited as another reason why women don’t invest. The responsibility of making money work is often too much and no one can be criticised for keeping money safe in a bank – can they?

As above – proper considered advice can help with choice of investment; better returns, regular monitoring and measurement against specific objectives or goals.

In our experience, people are only frightened of what they don’t know, and therefore, education and reassurance is key here.

Three things that we think women should be fearful of, are the major trends that may affect them in the long term:

Estimates are that eight out of 10 women will be solely responsible for their financial well-being at some point in their lives and so need to ensure their own financial security. Some women will be ready. Many won’t!

Financial independence, freedom and security isn’t just about how much money you have. It’s also about having the knowledge, confidence and experience to make your own decisions and be in control of your financial life.

Women especially need to take greater charge. By doing so, we can each be part of the drive for a fairer, more equal, financial world and teach future generations not to be afraid of investing their money wisely.

If you would like to know more about investing – whether traditional or more green and ethical options, do get in touch for a friendly chat.