Continuing to Support our Magenta Forest! 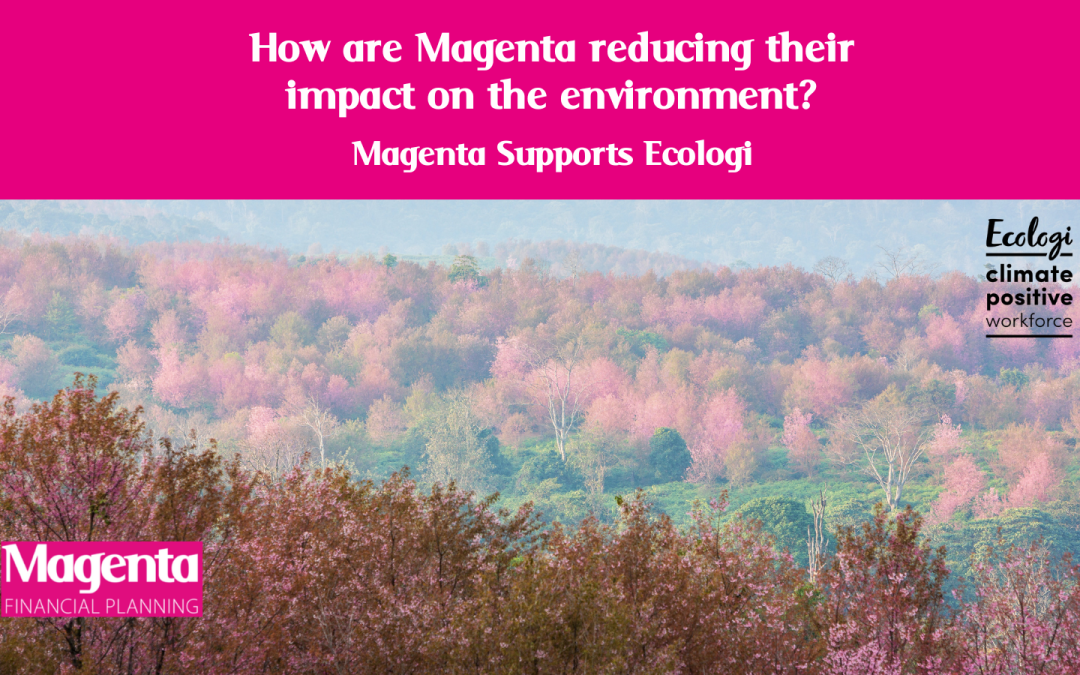 Climate change is an ever-increasing concern, not just for individuals but for businesses too.

As most of our clients know, Magenta has always been committed to doing what we can to reduce the impact we have on the environment.

In 2021 we signed up with a company called Ecologi which purchases trees, and land, and contributes to eco-projects around the world.

We thought you may like an update on where we are with our Ecologi ‘forest’.

How much carbon do these trees absorb?

Reforestation is widely understood as a major natural climate solution. From an ecological point of view, we’re only just grasping the cost of what life is like without trees.

Our mangrove trees capture up to four times as much carbon per acre than tropical rainforests. Three-quarters of tropical fish rely on their root systems for nurseries and shelter.

As of September 19th Magenta has had a positive impact and has proudly obtained:

As well as purchasing trees and land, Ecologi commit to contributing to projects around the world aimed at reducing the impact we as humans have on the environment.

To date, Magenta have contributed to over 16 projects. We are proud to be supporting each and every one of Ecologi’s projects.

As you can see from some of the projects below, significant reductions are being made to reduce Co2 emissions as well as preserving some of the world’s most beautiful but endangered areas.

As part of our commitment when signing up to Ecologi, Magenta made its own sustainability goals.

So how have we done?

1. We have reduced our paper and printing usage by reducing the amount of post we send, along with saving items to our computers rather than printing them.  As well as reducing our own paper usage we are happy to see that companies we use are also looking to do the same. Just recently the main investment platform we use, Transact, has looked to reduce paper usage by allowing digital signatures, reducing the need for paper copies to be sent out.

2. Were possible some of our team walk or cycle into work. Some of us catch a train and some of the team have either had or are committing to get electric vehicles.

3. As a team we share ideas on what we are doing to reduce our impact on the environment in our homes such as signing up to green power companies, using greener and environmentally friendly items around the home, and changing to energy efficient items.

Have you set yourself sustainability goals?  If you have we would love to hear about them and hopefully inspire us to make further changes.

Please feel free to share this content if you think this could be of interest to someone you know, or your social network, via the buttons below.