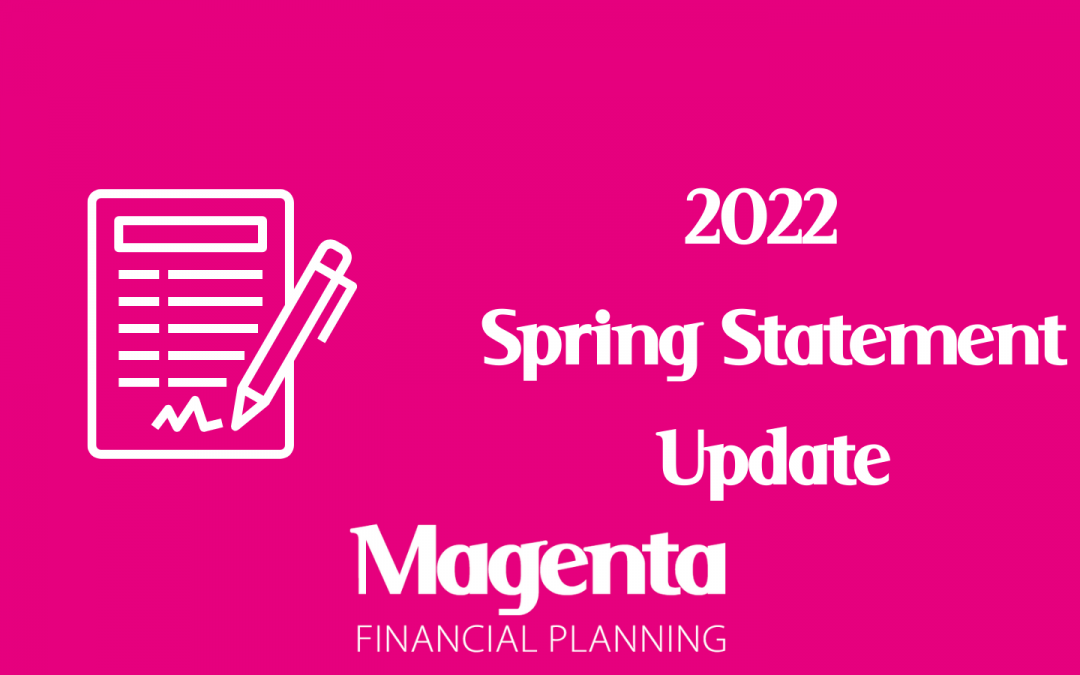 Last week Chancellor Rishi Sunak provided an update on the state of the UK’s finances and also announced a few policy changes, so this was more low-key than the annual budget, which will take place in the autumn of this year.

Inflation is already affecting all of us, particularly when it comes to the food shop and filling up the car with petrol or diesel.

The treasury has forecast it to reach 7.4% this year and then come back down again into 2023.

The biggest question mark before the statement concerned keeping the previously announced National Insurance increase of 1.25% for each person from April 2022, given the cost of living difficulties many are facing.

This increase has been kept in place, however the earnings starting point before you pay NI will rise from July to match the Personal Allowance level of £12,570, from the current starting point of £9,568.

This means from July all those of working age will be £330 better off each year, due to £3,000 less of their earnings being subject to NI deductions. Of course, those already over State Pension age do not pay NI, so will not see a change.

5p will come off a litre of petrol and diesel due to lower fuel duty. The RAC say this will save about £3 a tank of petrol.

Petrol prices are projected to steadily reduce and the fuel duty reduction should help further.

VAT will be removed on the cost of solar panels, heat pumps and insulation to help make homes more energy efficient.

It was announced that this will be cut in the UK (but not Scotland, which sets its own rates) from 20% to 19% by the end of parliament in 2024. This should further help those who earn under £50,270, but not for a little while yet.

Whilst the announcements made are unlikely to have a major effect on most people, if there is anything you’d like to discuss, please do get in touch and we’ll be happy to help