What I learnt from Divorce by Allyson Hopkins 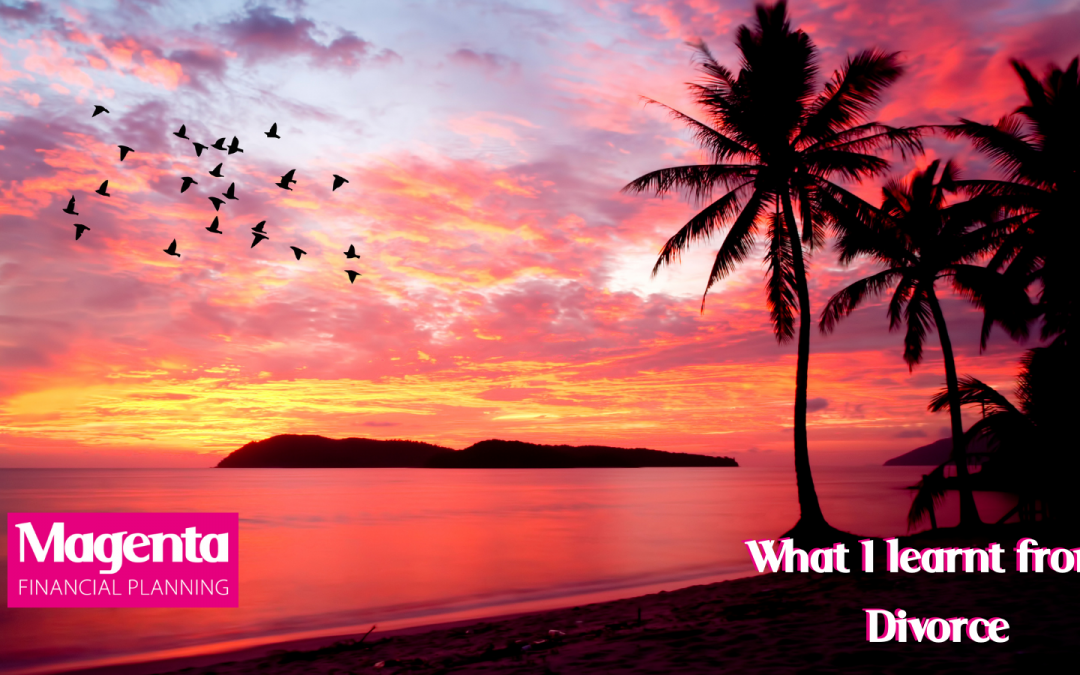 As with any marriage, the plan is to as the vow states ‘until death us do part’. Unfortunately, this is not the case for every marriage.

Over the past 50 years, exactly one-third of marriages have ended in divorce. According to the Office for National statistics the average overall divorce rate in England and Wales is 33.3%, based on all marriages over the past 50+ years between 1964 to 2019.

The good news is that year-on-year divorce totals have been trending downwards for the past three years with latest figures representing a 4.5% decrease for England and Wales.

Divorce is a difficult and painful time for all involved not just the couple in the relationship, so whilst divorce rates are decreasing, the impact of a marriage breaking up on spouses and children is no less significant.

In our blog today we share some of our own personal experiences of divorce and what we have learnt from the experience.

I was with my partner from a very early age and had my son 3 weeks before my 20th birthday. We were way too young to be settling down, in my opinion, especially with the added pressure of being young parents.

We had purchased a house and had finance on a car so not only were we linked with our son but also with our finances.

I decided to take the house on myself to give my 3-year-old son a stable environment. I was fortunate to have fantastic parents who were able to help me discuss everything with a financial advisor.

Becoming a single parent with a mortgage at 22 was scary. What I did learn was that I had to be organised with my finances to make sure I had enough money to cover not only the standard bills but also to put money away for the unexpected.

Ending the marriage was difficult but right for both of us. I had to grow up a lot during the end of my relationship. I was fortunate that not only did I have fantastic parents and family but the support of amazing friends who picked me up on bad days.

Roll on a couple of years later and I met my now husband. When I bought a house with him, I put a trust deed in place that stipulated how much money I had put into the house. This was worked out as a percentage and meant that should anything go wrong; I was not financially disadvantaged, and my son was protected. I would recommend couples where one person is putting in most of the money have a trust deed in place. Everyone has good intentions when things are going well but a verbal agreement will not cover you in a divorce court.

Also having a will to stipulate what would happen to my share of the house should anything happen to me and what my son would be entitled to gave me peace of mind.

My divorce made me wary for a long time and the scars of a broken marriage can last long after the marriage itself.

I have just celebrated my 19th wedding anniversary on the 14th of June to a man who has become a fantastic father and husband.  Not all endings are bad, sometimes the thing that comes along next can be even better.

Divorce can be expensive and messy especially when there are properties involved and the finances for supporting a child.

Getting these things agreed early on is far better for everyone involved and certainly means less money spent on a solicitor.

As they say, the only winner in a messy divorce is the legal teams.  Discussing the financial situation at a time when emotions are running high can be difficult but ultimately will save a lot of time, money, and emotions later.

Both parties must be willing to be open to talking and resolving things rather than just expect them to be resolved later.  Aside from children, finance is the biggest area where divorce can get nasty and messy. Have a clear plan and make sure that everything you need to cover is discussed, you don’t want something to crop up later, meaning the whole process must start again.

And lastly remember that divorce is not a failure but just a part of your own life’s journey to learn and grow from.

Thanks to Allyson for sharing such a personal account of her experiences.

If you want a sensitive and understanding conversation about any of the issues raised in this blog do call us to arrange a meeting.